‘Yantai Hua’an International Korean Town’ is part of a new large-scale and high-level development strategy for the region, which responds to its geographical and multicultural role.

Yantai and Weihai both have very important roles as harbour cities connected to inland China and looking towards Korea and beyond. The development opportunities for the plot rise from its location right in the middle between these two cities, taking advantage of the permanent cultural, trading and commercial communication between China and Korea. 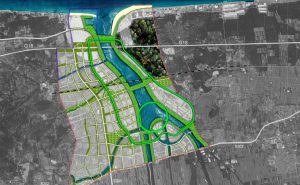 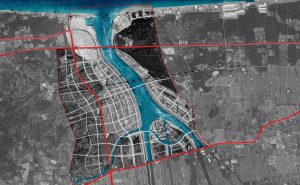 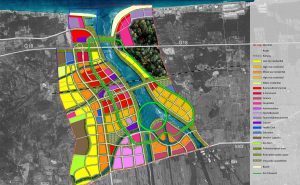 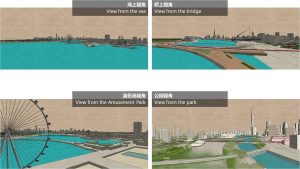 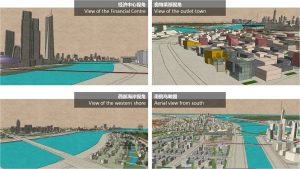 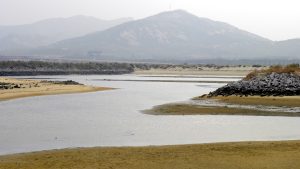 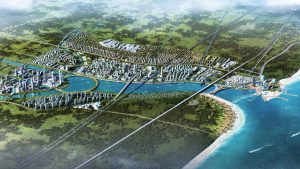 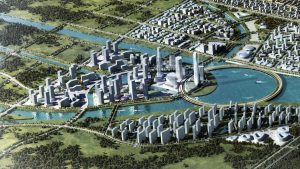 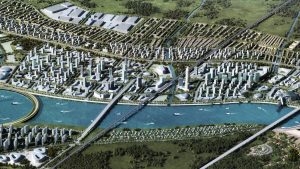 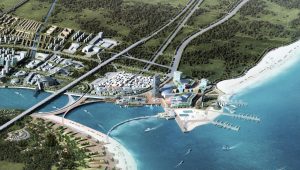 The main traffic connections from East to West divide t …

END_OF_DOCUMENT_TOKEN_TO_BE_REPLACED

The main traffic connections from East to West divide the site into three parts. The natural resources of sea, river, mountain and forest interconnect in the site and constitute its most valuable asset. These factors determine the main development direction: from sea and riverside towards the interior.

As reference, we can see that typical harbour/estuary cities base their growth on their history or on the industries which give the city its character. Our site is based on natural resources, which are new and pristine. So how does one define the new city’s character? How can a nice environment be integrated with the new city functions?

River, sea, forest and mountain. These elements help define the functional distribution and desired atmosphere: Proximity to the water determines the active, leisure and entertainment pole. Proximity to the forest park determines the more quiet, calm and private area for residences. Water and forest are brought into the site in a dramatic way to increase direct contact with the waterfront and the park, for better commercial performance, but at the same time of course with the aim of creating perfect conditions for a life-and-work balance.

Following this analysis, some key concepts for the new city’s main characteristics have been defined:

Four main development poles have been defined, with specific functions – tourism, mixed use, science & technology as well as finance – that give structure to the zoning plan.
The development is divided into 5 stages. The first stage (which has been deepened carefully in RhineScheme’s design) is to become the heart of the city.

Due to serious political differences between China and Korea in 2017, the project has come to an unexpected complete stop.