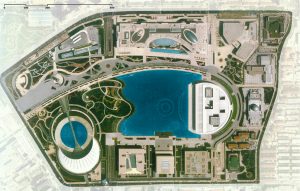 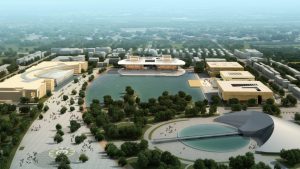 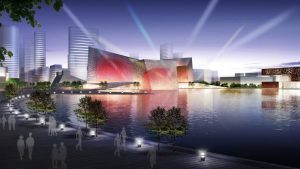 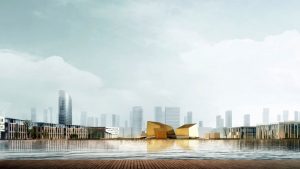 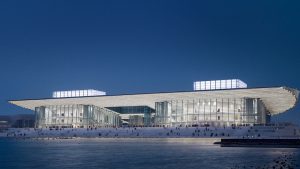 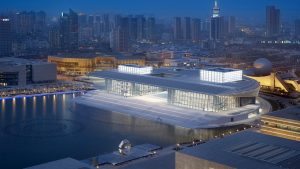 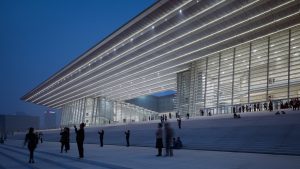 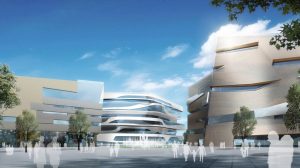 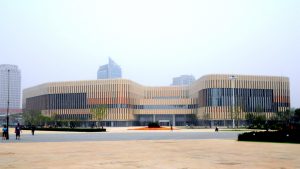 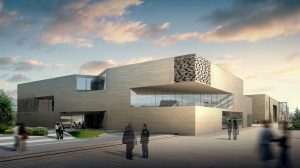 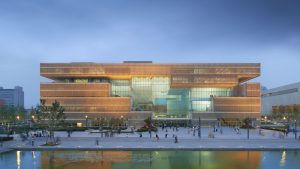 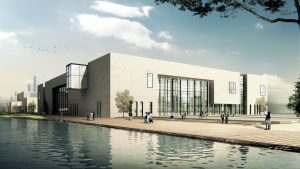 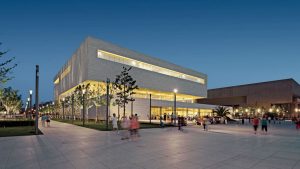 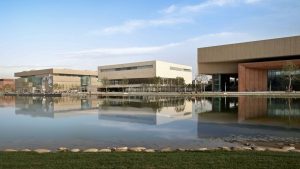 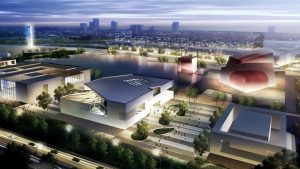 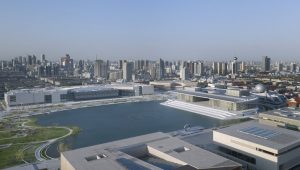 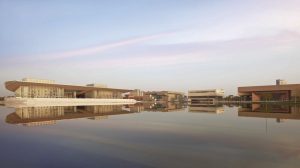 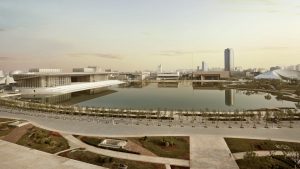 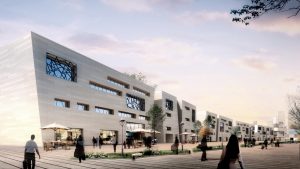 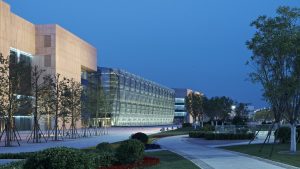 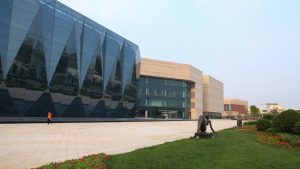 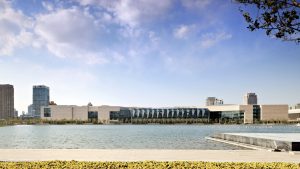 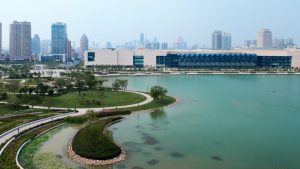 The underlying master plan of the Cultural Centre ̵ …

END_OF_DOCUMENT_TOKEN_TO_BE_REPLACED

The underlying master plan of the Cultural Centre – first prize of an international urban planning competition in 2008 – focused on the Park itself.
The site encompasses an area measuring about 1 km² with a 10 ha newly created lake at the centre. The vast territory offered the possibility to create something like a representative ‘garden salon’ for the whole city.
To fulfill its public function, a core area with the dimensions of about 400 x 1200 meters has been kept free of any buildings, a generous, grand open space commensurate with the scale of the city, able to accommodate a variety of public events.

A large lake is core feature and major attraction offering a lot of amenity potential, as well as being a major ecological anchor for the site. Walking on the lakeside delight the senses as does the contrast between different areas where the lake has an architectural edge with promenade spaces, or soft, naturalistic, contoured shorelines where nature takes center stage.

The “Central Park” is framed by a pearl necklace of outstanding cultural buildings to the south and east, and by a commercial building spine to the north.
The encompassing buildings – consciously kept at a human scale – make up for an adequate, modest and low-rise architectural ‘stage setting’ of the park area, supported only in the background by the inevitable high-rises in the skyline of Chinese cities.

The lake in its heart is accompanied by elevated terraces, on the north side following a huge arc-shaped promenade covering a shopping mall and facilities for the youth, in the south forming a more formal public boulevard lined by museums, library, and theatres.
The Eastern edge creates the potential for spatial drama: A vast flight of steps in line with the glazed building front of the Grand Theatre is closing the frame of a park with almost rectangular contours.

The urban layout creates a cultural district of international esteem, integrating existing cultural and administrative buildings, and incorporating a whole series of new facilities -cultural, public, commercial ones – as well a complex public transportation hub.
A dynamic set of cultural spaces (indoor and outdoor) have been created that are interconnected and unified through the artful use of water as the core design element.
A vast urban promenade winds through the site, with its unique focal point and simultaneously the most dramatic viewing point along the lakeshore front of the Grand Theatre that is embracing the entire park composition.