RhineScheme and Qingyifang Group collaborated in the development of “Qingyifang Queenland Green Mall”. This project represents an advanced type of experience mall, combining shopping-leisure-culture-sports-events-entertainment-F&B in a setting that inspires the senses. The epithet “Queenland” is derived from the Chinese word “Kunlan”, a poetic word that describes the vast space between heaven and earth, or – in other words – the space between the highest mountain and the largest water-landscape. 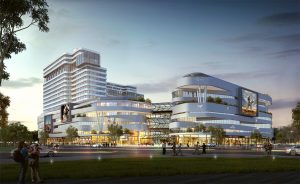 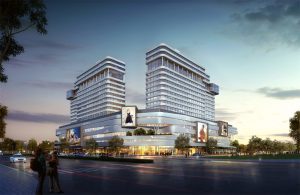 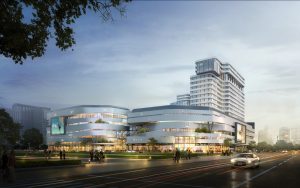 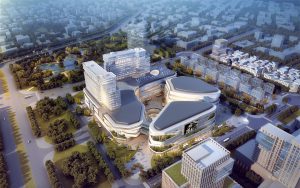 The Mall is conveniently located only a few hundred meters from the new High-Speed Railway Station of Changchun, capital city of China’s Jilin Province with four million inhabitants. This is a major boon to the team as for the last several years, China has formed – and is now leading – the era of the …

END_OF_DOCUMENT_TOKEN_TO_BE_REPLACED

The Mall is conveniently located only a few hundred meters from the new High-Speed Railway Station of Changchun, capital city of China’s Jilin Province with four million inhabitants. This is a major boon to the team as for the last several years, China has formed – and is now leading – the era of the high-speed railway on an international level. The successful operation of the Beijing-Shanghai high-speed railway has promoted the rapid economic development of the cities of Jinan and Suzhou and the Beijing-Harbin high-speed railway has achieved unprecedented prosperity in Harbin’s West District and Shenyang’s Shenbei District.

Relying on the advantages of this new transportation hub will gradually grow a center of commerce, and with it a center of life. “Queenland Mall” will create a business cluster for LOHAS-style consumers, a commercial entity that is the sheer opposite of one-time sales.

Changchun has clear advantages in North-East China. It is located in the geometric center of the four Northern provinces. Shenyang and Harbin can be reached within half an hour; Beijing is only 3.5 hours away. This creates an industrial circle around Changchun’s high-speed railway station with a 60 million passengers’ flow every year, and along with it: economic growth and prosperity.

Key to the design process of “Queenland Green Mall” is the huge flower and green plant trading center, filled with spacious indoor Greens, a plant-themed museum, thousands of trees and shrubs, and more than 1,200 different plants. Its natural vegetation makes it an ecological resort where flowers never fall throughout the year, an oasis in the rather harsh winter climate of the North of China.

As a “Green Mall” with international orientation, Queenland Mall will kick off a commercial benchmark for the fourth consumer era. The Mall has a laudable goal – to abandon premium brand consumption habits and pay more attention to the shopping and life-style experience of a new generation of consumers. The Mall aims rather at an ecological, “green” construction and operation model, in line with the principle of simplicity and shared consumerism, and with the intention to somehow repair body and mind of customers and visitors and enhance their mental experience.

More than only providing a green cloak, the building complex will create an urban resort integrating tourism, sightseeing, experience, adventure, wellness, culture, life-style, entertainment and ecology. The group of buildings has a clear aim: Being the virtual centre of the TOD (Transit-Oriented Development) surrounding the High Speed Railway Station. This formidable project will be a center that caters to the needs of citizens 24/7 all around the year. It will be a hub that never sleeps and that is always stimulating.

The finished building combines 148,000 m² of commercial areas as well as 36,000 m² of small-scale apartments located in two residential towers on top of the mall. The mall itself is composed of three individual buildings, connected by bridges and surrounding an inner urban plaza. All three blocks have their own central atrium; the biggest, L-shaped building provides an oversized atrium which is formed as a glass-covered open space with a green mountain in its centre, all wrapped in lush vegetation.

Included in the building’s many functions are an underground hot spring spa centre, a huge food court and seafood market, all kinds of indoor sports facilities including swimming and adventure sports, a spacious plants market in the upper floors shaped like a botanical Green, book stores, various kinds of retailers, entertainment facilities, banquet halls for weddings and more, and – last not least – a multitude of F&B outlets in different levels.

Creating a “Queenland”, a new type of Green Mall, a wonderland for a contemporary generation of consumers, is a challenge for all involved parties. High quality in planning, construction and operation is only one side of the coin; locating the Mall by the nearby HSR Station will certainly contribute to its success.

RhineScheme’s longest lasting professional experience is and has been in Europe, but its biggest and most challenging projects and clients are to be found in China, as China is still the largest construction market in the world. Working for the Chinese market is often connected with enormous time pressure and with highly complex tasks that are unheard of in Europe. Nonetheless RhineScheme has steadily improved its reputation in this difficult market and is proud of having achieved a high reputation in planning complex mixed-use projects, tourism developments, smart cities and eco-cities, urban regeneration and conversion projects.

Looking to the future, both RhineScheme and Qingyifang Group are keen to find creative developers or property owners for challenging retail projects, in which the companies can bring special Eurasian experiences, combining the Asian sense of hospitality and efficiency with the enduring ingenuity of Europe. This aim will help both companies to grow and establish themselves as international experts in real estate business over the years ahead.