Warning: "continue" targeting switch is equivalent to "break". Did you mean to use "continue 2"? in /kunden/triplenine.com/hosting/rhinescheme/wordpress/wp-content/plugins/revslider/includes/operations.class.php on line 2854

Warning: "continue" targeting switch is equivalent to "break". Did you mean to use "continue 2"? in /kunden/triplenine.com/hosting/rhinescheme/wordpress/wp-content/plugins/revslider/includes/operations.class.php on line 2858

Warning: "continue" targeting switch is equivalent to "break". Did you mean to use "continue 2"? in /kunden/triplenine.com/hosting/rhinescheme/wordpress/wp-content/plugins/revslider/includes/output.class.php on line 3708
 Dalian Mining Pit Hotel – RhineScheme
Skip to content

Due to its strategic position, its mineral richness, the economic turmoil brought by the second Sino-Japanese war and the Soviet invasion after WWII, Dalian became an important centre for heavy industries, light industries, and mining.

Old mining sites lead to two adverse outcomes: First, the negative memory of the war and the foreign invasions that the region went through. Second, the environmental impact of decades of material extraction especially from the stone mining quarries. 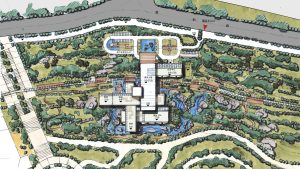 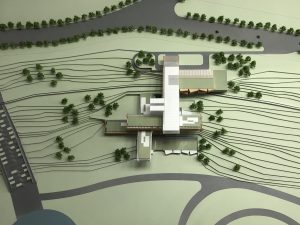 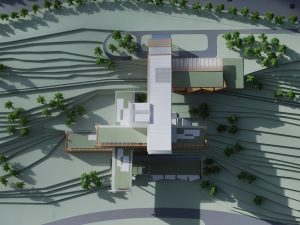 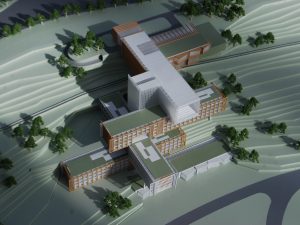 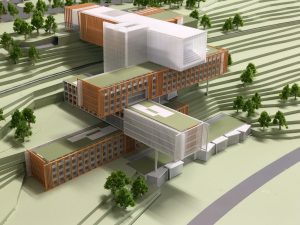 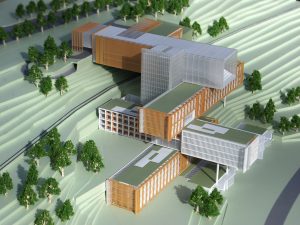 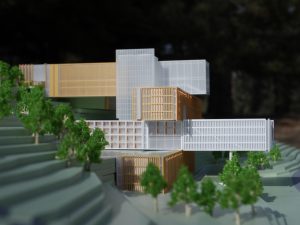 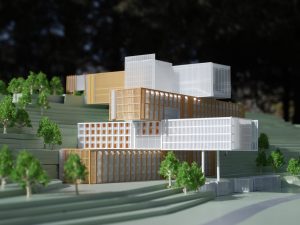 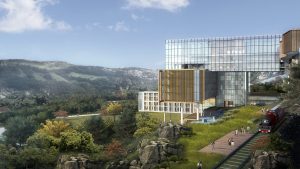 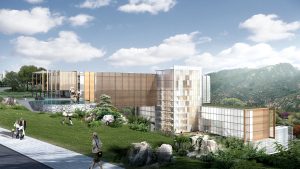 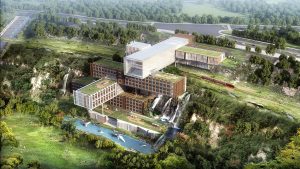 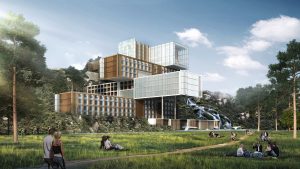 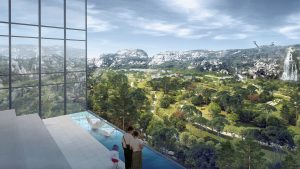 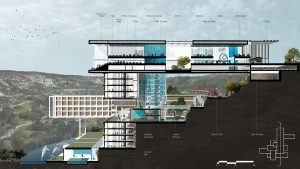 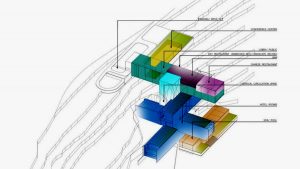 Some of these quarries were built close to the ports an …

END_OF_DOCUMENT_TOKEN_TO_BE_REPLACED

Some of these quarries were built close to the ports and the city. The project site is one of those mining pits, finally engulfed by the rapid urban expansion.
Therefore, the governmental plan to integrate the site into the city determined the implantation of endogenous vegetation by restoring the topsoil, transforming the site into a natural public park, with supplementary tourist attractions and – consequently – hospitality facilities.

The hotel stands on the north slope of the pit, facing south. The building is conceived as an interpretation of the natural stone sediments. Thus, the geometry of the building follows the shape and composition of the original dolomite limestone of the site. The formal language of the building is based on simple block shapes with natural and neutral materials which rather than presenting a contrast, aim to enhance the landscape.
The building has two premises defining the block configuration. The first was to connect the city’s street level with the lowest pit level; therefore, considering the 60 meter difference, the hotel has a direct vertical connection. The second premise was to actively integrate the landscape with the building, having private landscape areas and areas connected to the public park. Hence, three blocks are inserted parallel to the topography to connect the terraces to the landscape, and two blocks are perpendicular and detached to the terrain allowing the public landscape to pass through.

The perpendicularly overlapped blocks are connected by a core containing the vertical circulation for both services and users. The upper block includes all the primary public uses while the lower blocks contain the guestrooms, and 3 secondary blocks merged with the topography contain additional recreational uses.
The building integrates environmental strategies such as: winter gardens placed at the back corridors of the guestroom blocks, allowing air flow and sunlight throughout the day while regulating the temperature of the blocks. A double façade system based on louvers controls the solar gains in the public volumes with sun-exposed facades.